There is only war…

A new era is almost upon Warhammer 40k. That’s right, a new version of Apocalypse is here, and with it some new miniatures and some terrain. I have never played in an Apocalypse game, as I lack an army of that size, but I have always liked the idea. Apocalypse allows you to play with massive amounts of infantry, legions of tanks, and even the mighty Titans. One day I hope to participate in a game, but I will just have to complete an actual army first.

Let’s take a look at the new items available shall we?

First item to see is the new rule book. I really like the new art on the book, and the style really goes well with Apocalypse. Not much else I can say, as I have no idea what’s inside the book. The next item is a novel, containing the book Helsreach and the novella Blood and Fire. Helreach is about the Black Templars defending a hive city from an Ork invasion during the Third War for Armageddon, and the novella is about the last stand of the Celestial Lions. I loved the book Helsreach, so I cannot wait to pick up this copy. Last up is an audio drama featuring the Flesh Tearers, during the Third War. I have to say that I adore the art for this one, and you can find a larger version here.

Here we have one of the massive new plastic kits, the Khorne Lord Of Skulls. This is a massive Daemon Engine to rival a small Titan, and is a fearsome thing to see rolling across the battlefield. As you can see by the second image, this thing is massive. I have to say that I am not a huge fan of this kit. I really like tanks, and I really like walkers, but this one seems like a lazy combination of the two. I would prefer to see it with legs similar to a Defiler or a Brass Scorpion. I’m also not a fan of the gut cannon, as I would prefer to see more turrets on the tank sections, instead of massive fuel tanks of blood. Overall, a bit of a flop for me, but I can see a ton of really cool conversions coming out of this kit.

Next up is the new Necron toy. This kit can either make a Tesseract Vault that holds an imprisoned C’Tan shard as a power source, or an Obelisk, a massive threat to any enemy aerial units. This kit is another massive plastic mini to go along with Apocalypse, and again I am not that fond of it. The Tesseract Vault, to me, doesn’t look like a reality-defying prison. I’m not sure what it is, but it lacks a certain quality about it. The Obelisk is made from the same kit. It’s supposed to be a different vehicle from the Tesseract Vault, but it look just like Tesseract Vault, only closed. I like the Obelisk more than the Tesseract Vault, but I would prefer to cover up the interlocking pieces. The best part of this kit is the C’Tan shard, and I think it’s one of the coolest things in the Necron range. It looks like a really fun model to paint, sadly you have to purchase the entire kit for the Shard.

Next up are the new Space Marine releases. These are the new Space Marine Masters of the Chapter. First up the Lord Executioner, my favorite of the bunch. I love the weapon, armor, and the head it one of my favorites, as it reminds me of the classic Marine hair cut. Next up is the Master of the Marches. I still like the armour, but I am not a fan of the speakers, or (what I can only call) the pimp-cane. I do like the cherub, but I think it would fit better with an Inquisitor.  A simple weapon swap would make this model better for me. Next, we have the Master of the Rites. This model really doesn’t do it for me. I like the armor, but I really don’t like how he is holding his cape, or the staff. I also think the speakers would be better served with an Inquisitor or a Preacher.

Last up for the Marines is the Master of Relics. Once again, I love the armor, but I find the servo skull doesn’t do it for me, and I really don’t like the head or the  massive satellite dish on his back. With the Space Marines, I feel a bit disappointing. I don’t want Marines to have a massive walker or a tank, but I really don’t feel impressed with the new Masters of the Chapter. Next up is the new Vortex Grenade template, which I like a lot. I am much more fond of this one than the old one, and I may even grab one for the future. The last image on the right is a new Dice Cube, packing a total of 125 D6. They even have the Mechanicus symbol on them, but sadly they replace the one instead of the six. I would prefer the symbol to be on the six, so when I roll well I get to see something cool.

Last up for the new Apocalypse release is some new terrain. These three new kits are part of the Wall of Martyrs terrain, so I assume they are mean to fit with the trench line. Overall, I am pretty please with these kits. I really like the two turrets, and the bunker is really nice. The only think I don’t like is the eagle on the canon, on the first image. I don’t mind the idea, but the eagle looks sad to me, when it should be angry or wrathful.

A pretty big release this month, but sadly I can’t help feel a little let down. Rumors are that the new Space Marine codex is landing in the fall, so hopefully that will ignite my spark for Warhammer 40k again.
Cheers.

Forge of Souls @FOSTrysanna
3 days ago
I'm obviously super into the Nurgle warband for Beastgrave, been waiting to get my hands on then since we got a peak at them in card art, but that Saraphon cover might be my favorite thing from the whole preview. Love me some Saurus! https://t.co/5SsGOOt198
View on Twitter 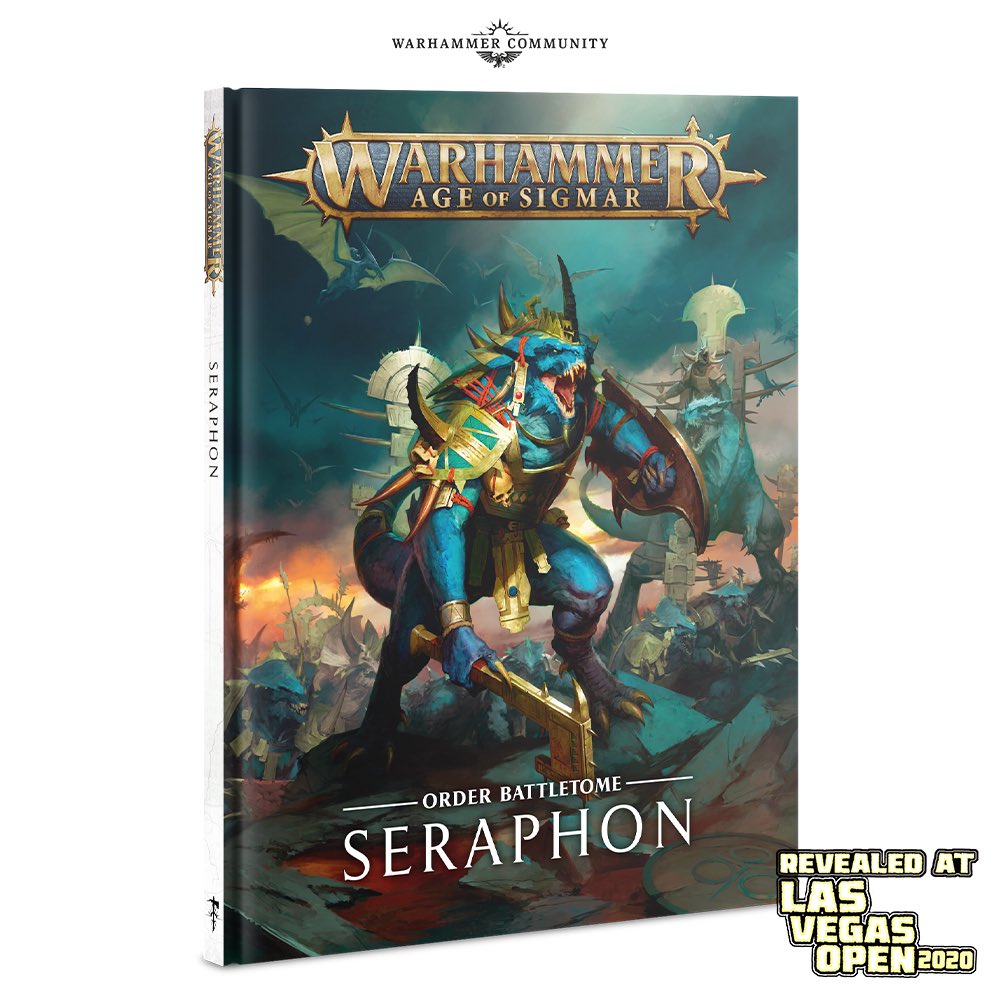 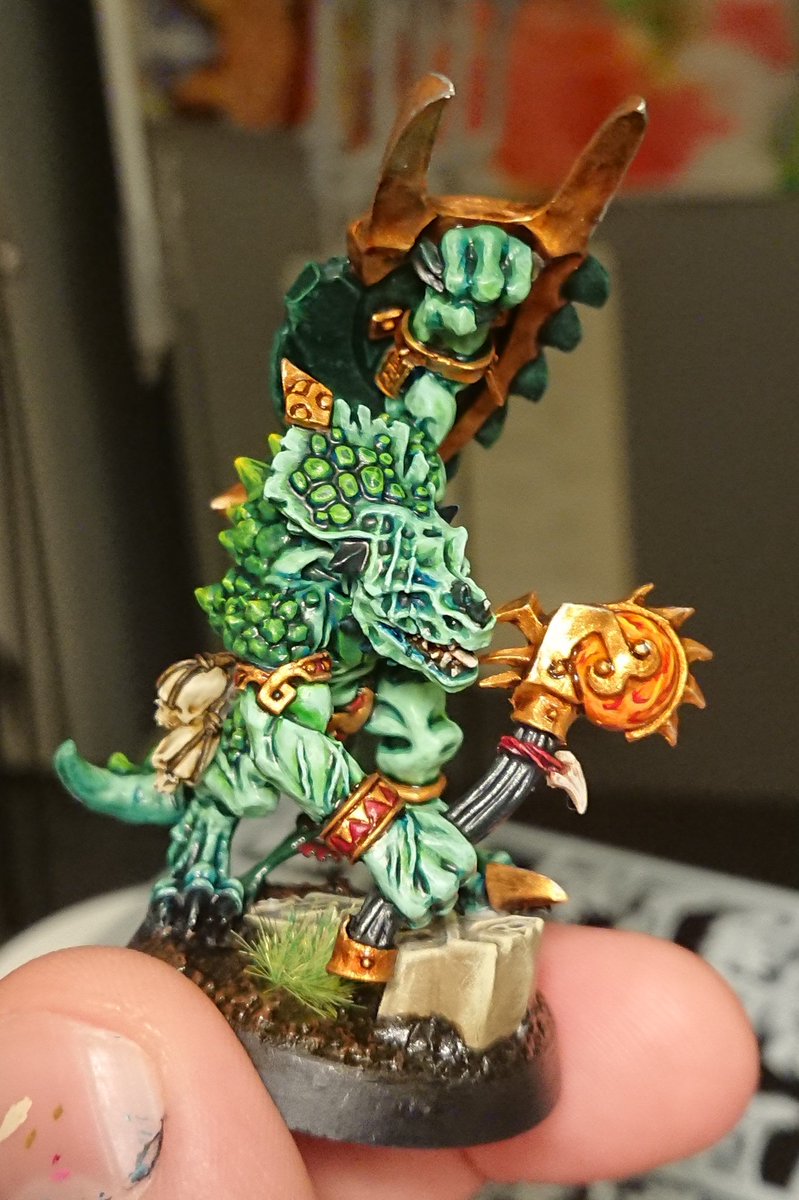