Ever since Forge World started doing the Horus Heresy series, I’ve really wanted to join the 30k club. Of course with a fair few projects to complete, as well as commissions, I didn’t have the time. But as I have been wrapping up my commissions, and getting faster at painting, I’ve decided to take another look at the Horus Heresy.

Of course the first question is what Legion to pick? I already own Angron, and I would love to have a World Eaters force. But for the scale I want this army to be, I wanted to go with a different Legion. I wanted something that can really help me push my painting, and allow me to play with colors and themes I don’t usually get to use. The Sons of Horus really fit the bill here. They have a very unique sea green color, which you can see in my tutorial for them.

The Sons of Horus also boast quite a few impressive miniatures.

For the Sons of Horus, I want to field a fair amount of Justaerin Terminators alongside Abaddon. I adore these miniatures, and I think they look quite brutal, something I like. With the inclusion of the Justaerin, I get to practice painting black, something else I don’t get to do very often. I’m also a huge fan of the Legion Contemptor, and the Reaver Attack Squad.

Forge World also just released Horus, and this just further cements my plan to do The Sons of Horus. I love this mini, and I think that Forge World has gotten Horus just right. I love the pose, as it bleeds charisma and leadership. This is my favorite Primarch to date, and I’m really excited to see who is next. I’m really looking forward to The Night Haunter (Night Lords) and Perturabo (Iron Warriors).

With all this said, I am sure a few of you are wondering if I’m going to Art Scale these Marines. In a word, no. The reason behind this is because anyone else playing Horus Heresy will be playing other Space Marines from Forge World, so the scale is the same. Because of this, I don’t feel the need to make my Space Marines bigger than other Space Marines. What I love about my Art Scale Marines is that they tower over humans and Xenos. That, and trying to make my Marines look as good as the Forge World models would be a nightmare. Along with the Sons of Horus, I would also like an allied detachment of World Eaters. I’ve always had a soft spot for them, and I want to field Angron alongside Kharn.

So, consider me on the Horus Heresy fun train. I’m really excited to start this project, and I am hoping to pick up some Justaerin and Abaddon soon. 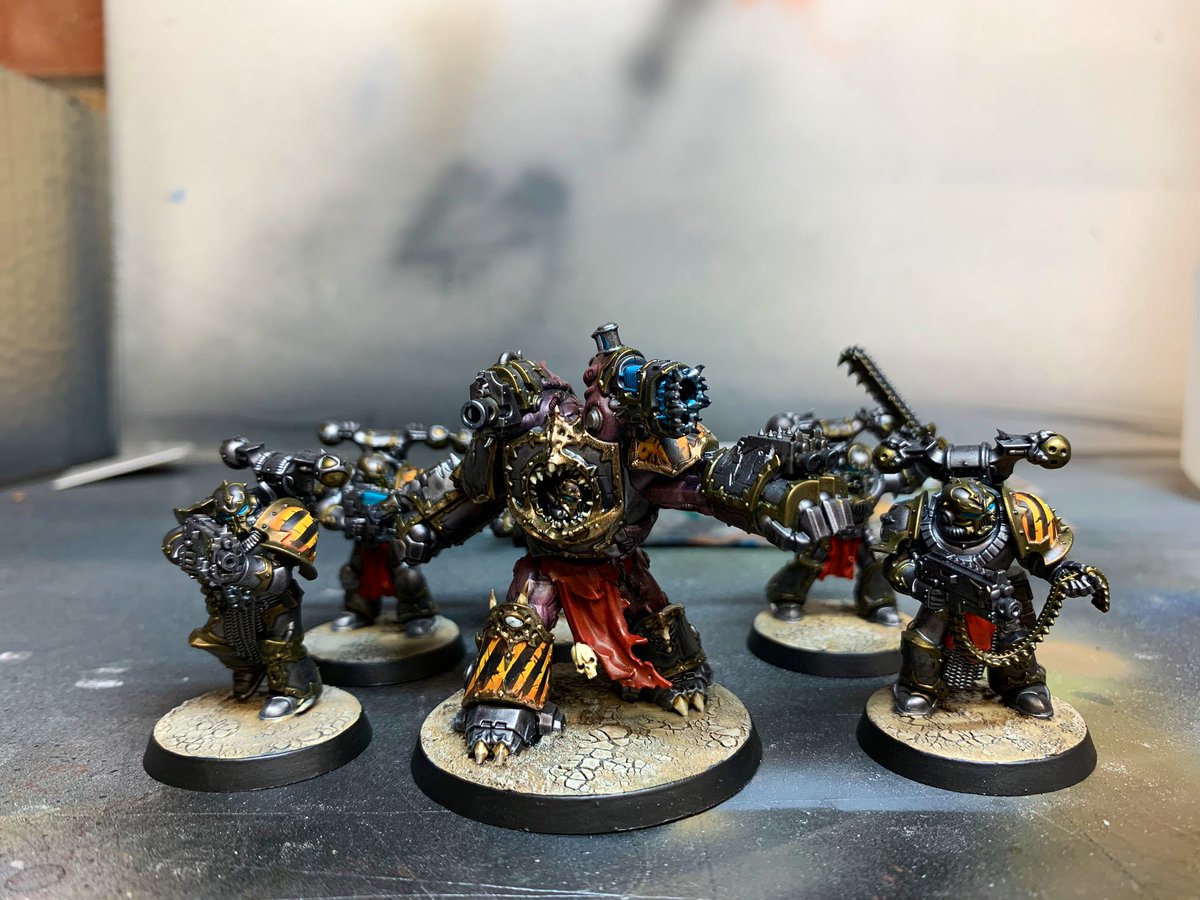