The new Chaos Space releases have me really excited about the faction, more so than I have been in a while. The new Chaos Marines look fantastic! I love the effort made to differentiate them more from the Space Marines of the Imperium with more daemonic visages and viscous weapons, and other acessories like the chainmail, knives, and ammo belts! Really looking forward to getting my hands on them.

I’ve been putting a bit more work into my backlog of Night Lords, starting with some Terminators. Ever my favorite unit, I decided to indulge in them with ten Chaos Terminators, armed with a variety of anti-infantry and anti-armor setups.

I added conversions to each Terminator, converting the various combi-bolters, added skulls and chains, a few horns, and some flayed skin from a dark elf hero. I may change some of the loadouts of various Terminators, but I’m fairly pleased with how they all look. I’ve also got to add them to the Sector Imperialis bases.

I’m also working on a pair of Terminator Lords to lead the Terminator elite of my Night Lords, which I’ll have some progress to show soon.

Forge of Souls @FOSTrysanna
22 hours ago
Spent the weekend finishing my Reaver Titan for Titanicus. Very pleased with the pose, can't wait to start painting them. The little black bits by the left foot are tiny Terminators, printed by a friend.

Forge of Souls @FOSTrysanna
4 days ago
And here's a quick WIP Space Marine, if you're into that. 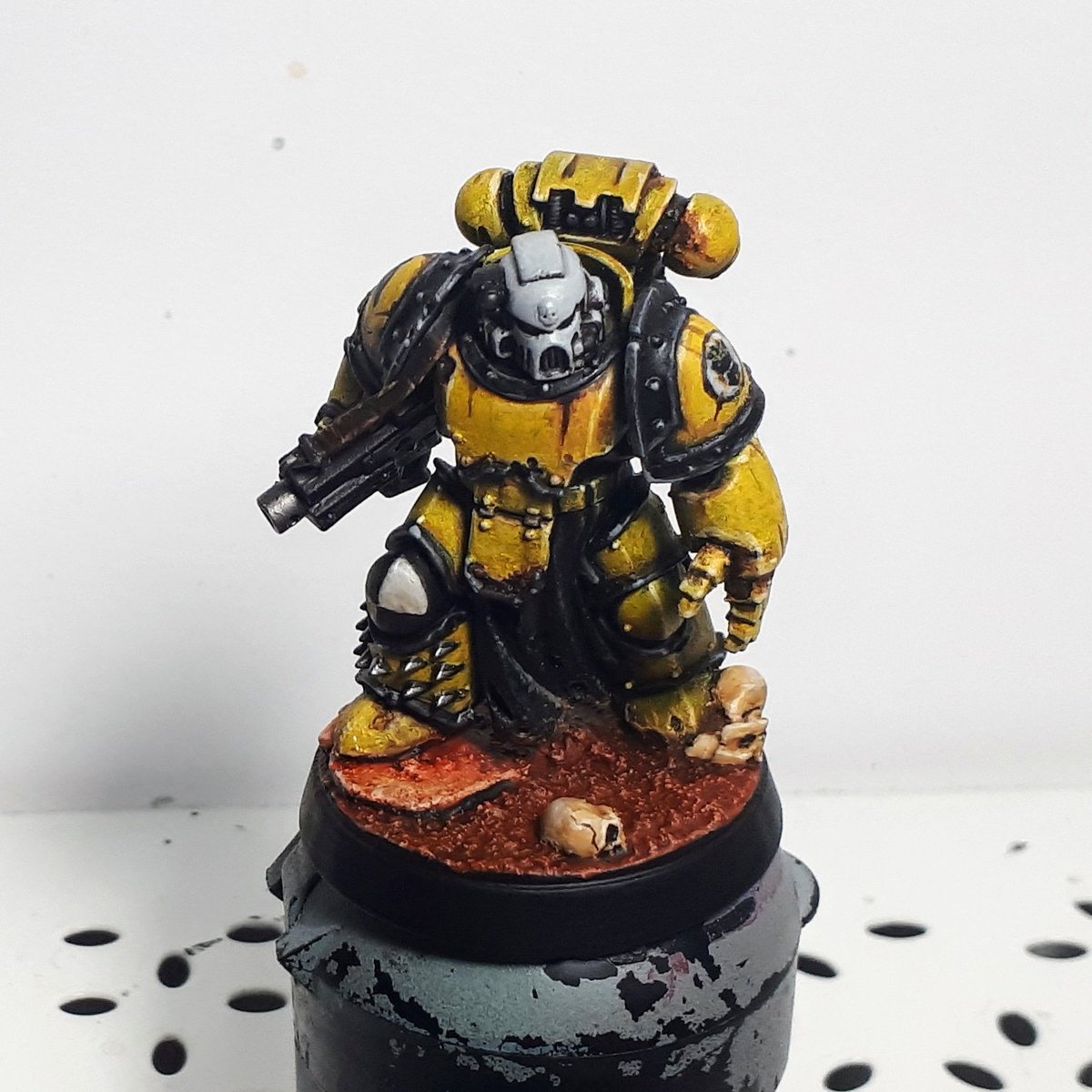